All Artists
To All: Albrecht Dürer 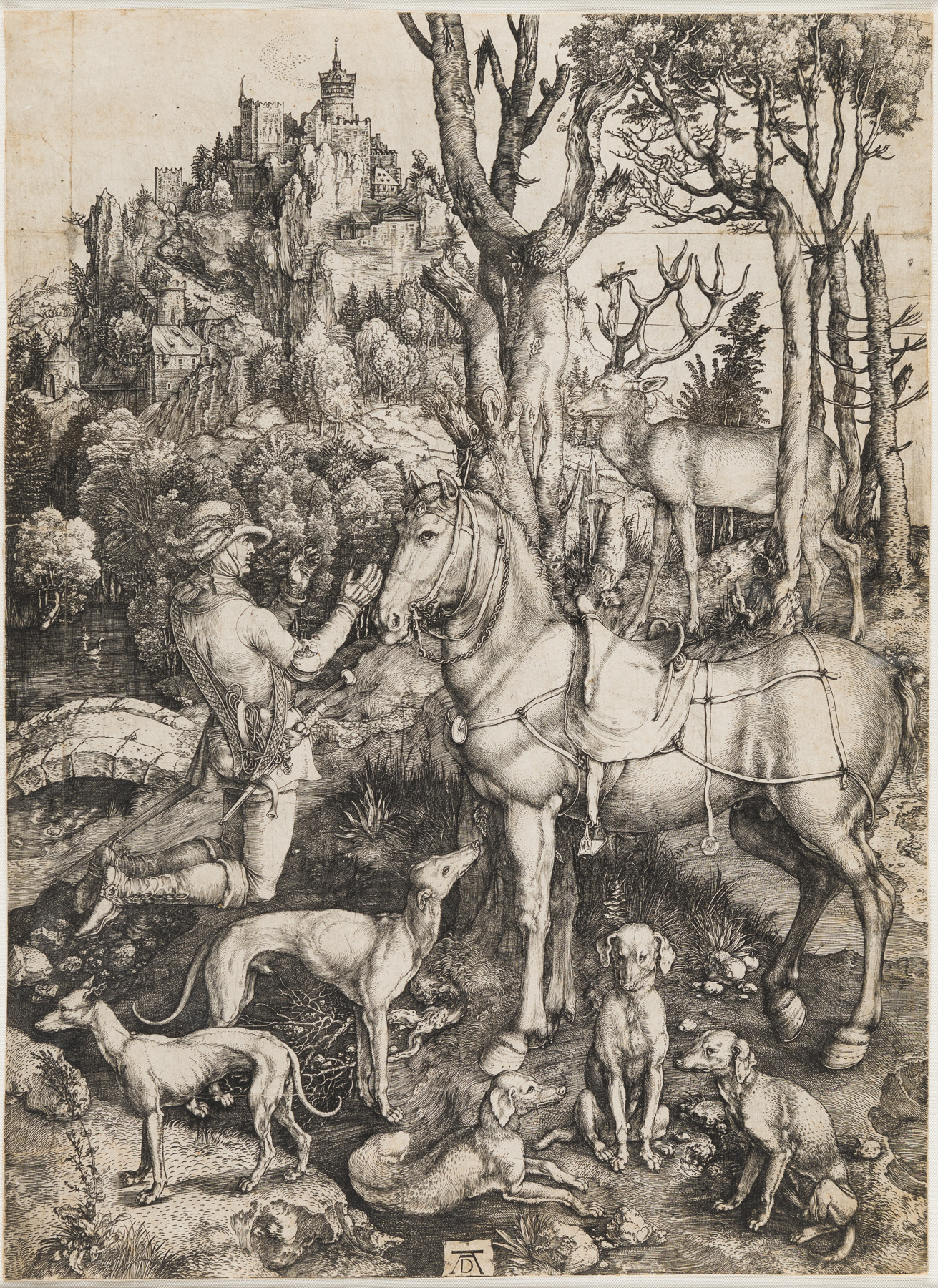 Dürer’s largest engraving depicts the moment of conversion of a Roman general named Placidus. While hunting, Placidus saw a crucifix miraculously appearing between a stag’s antlers. The stag spoke in Christ’s voice, and Placidus fell from his horse and became a Christian baptized with the name Eustace. The print has long been admired as an exemplar of Dürer’s extraordinary virtuosity; the animals and features of the landscape served as models for artists for the following century.