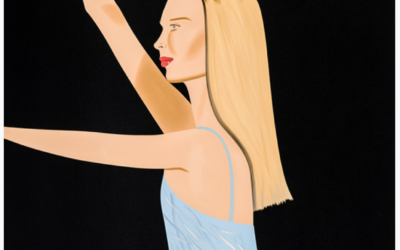 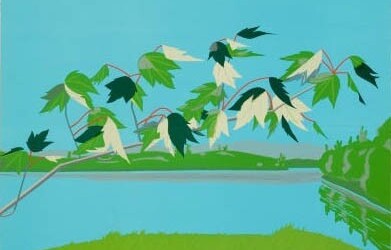 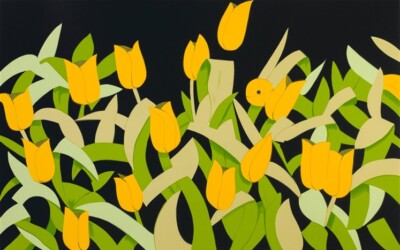 Alex Katz was born in Brooklyn, New York in 1927 but spent his childhood in St. Albans. Katz parents, Russian immigrants, were both interested in poetry and the arts, his mother having been an actress in Yiddish Theater. He spent his mornings devoted to academics and his afternoons to the arts. In 1946, Katz entered The Cooper Union Art School in Manhattan.

Upon graduating he received a scholarship to study in Skowhegan Maine. It was here that he was exposed to Modern Art and taught to paint from drawings. He also fell in love with plein air painting.

In the 1950’s Katz had a number of artist friends and began to create greater realism in his paintings. He was interested in portraiture, specifically paining his wife and muse, Ada. What he once painting on canvas that was mounted on wood, he now painted directly on the cut wood. Influenced by films, television, and billboard advertising, Katz began painting large-scale paintings, often with dramatically cropped faces. He also embarked on a prolific career in printmaking. Continuing to grow as an artist, he developed his environmental paintings. These were of flowers, sunlit landscapes and night scenes.

To date, Katz work been the subject of more than 200 solo exhibitions and nearly 500 group exhibitions internationally, receiving numerous accolades throughout his career. He currently spends in time in an artist cooperative building in New York City and summers in Maine.