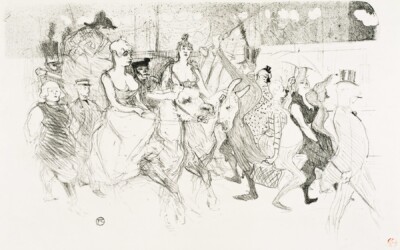 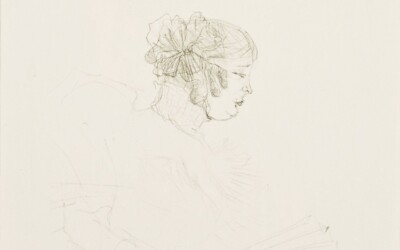 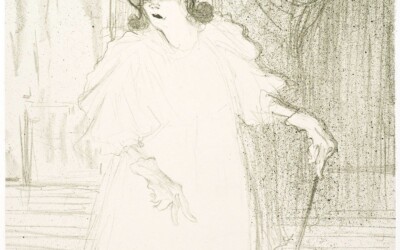 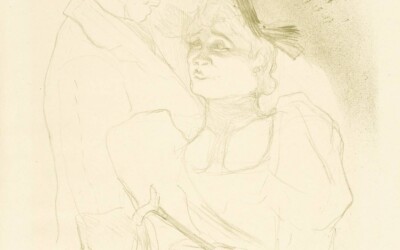 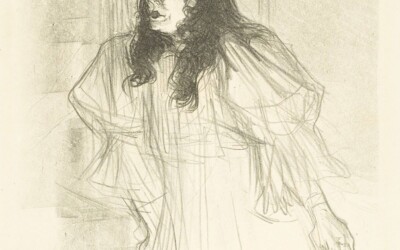 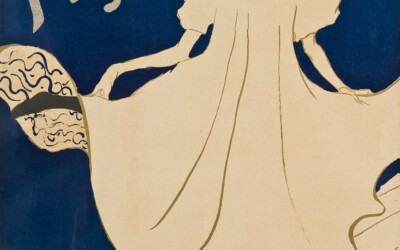 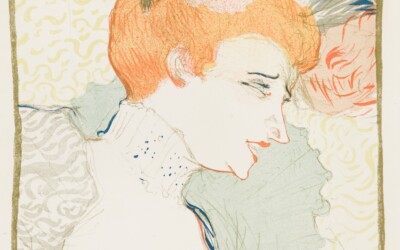 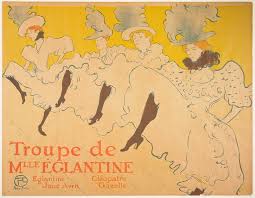 Toulouse-Lautrec, like no other nineteenth century artist, was deeply influenced by Japanese woodblock prints. Much like the exuberant life of the amusement quarters of the Japanese Edo period, it was the nightlife of Montmartre in Paris that inspired the works of this revolutionary artist.

Henri Marie Raymond de Toulouse-Lautrec-Monfa was born to a wealthy, aristocratic family in the South of France. Partly because of his fragile health, he developed a tremendous passion for drawing and painting, which only intensified following accidents in which he broke his legs. Because the bones never healed properly, he reached a height of only 4 ½ feet as an adult – a source of great embarrassment for the artist.

Lautrec ventured to Paris in 1882 in order to formally study art. It was there that he met a number of artists, including Emil Bernard and Vincent van Gogh. Soon, however, he became fascinated with the Impressionism and gave up painting in a more academic style.

Much to his parent’s chagrin, Lautrec lived in the bohemian splendor of Montmarte, with its cabarets, cafes and dance halls. In the evenings, he could be seen chatting with friends, drinking and drawing. Later, he would use the sketches as inspiration for his paintings and lithographs. He soon began receiving commissions and his work attracted a great deal of attention. He became friends with many of the entertainers of the day, including Yvette Guilbert, May Belfort, Jane Avril and Aristide Bruant, who all had him create posters to advertise their performances.

Lautrec’s work, like that of the Impressionists, was highly influenced by Asian art. Ukiyo-e woodblocks prints, with their broad areas of flat color and strong outlining, were particularly important in the evolution of his style. His visual shorthand was quite powerful and highly emulated by other artists of the day, which helped in paving the way to the Modern art of the 20th century.

Due to numerous health issues, which were exacerbated by the artist’s alcoholism, Lautrec’s health declined quickly while in his early 30’s. On September 9, 1901, Henri de Toulouse-Lautrec died at the age of 36.

Today, Lautrec’s work is found in every major museum in the world and his tremendous influence in the evolution of Western art is undisputed.