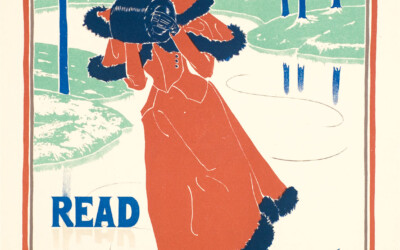 Born in Staffordshire, England, Louis John Rhead studied at the National Art Training School in London and in Paris with Gustave-Rodolphe-Clarence Boulanger. At 24 he emigrated to New York, where he worked as art director for the publisher D. Appleton.