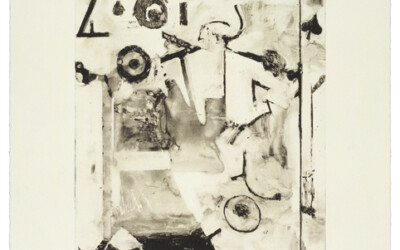 As one of the most influential American artists of the 20th century, Diebenkorn gained widespread recognition for his bold abstract compositions and highly gestural paintings of the human form. He is particularly known for his involvement in the Bay Area Figurative School and for his exceptional forays into contemporary landscape painting in works such as his “Ocean Park” series.

Diebenkorn was raised in San Francisco and attended Stanford University, where he concentrated on studio art and art history. The evolution of his own work was greatly influenced by exposure to artists including Cezanne, Klee, Miro, Rothko, Gorky and de Kooning; however, it was the paintings of Matisse that had a particularly powerful impact. His oeuvre was also highly influenced by his environment, and through the years there were major stylistic changes as he moved from San Francisco to Albuquerque, New Mexico, Urbana, Illinois, Berkeley and Santa Monica. Regardless of these distinct phases of his career, he consistently distilled the essence of the world around him in a way that was fresh and engaging. Diebenkorn chose to work outside of the New York art scene, which was a bold decision; however, it resulted in an artistic vision that was even more profound.

Museum collections that feature Diebenkorn’s work include the Guggenheim and the Whitney Museum of American Art, New York, the Hirshhorn Museum and Corcoran Gallery of Art, Washington, D.C., The Art Institute of Chicago, The Minneapolis Institute of Art, the Carnegie Institute, Pittsburgh, the Los Angeles County Museum of Art and the de Young Museum, San Francisco.