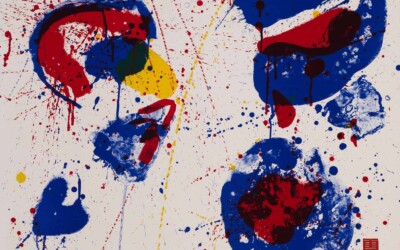 Hurrah, for the Red, White and Blue 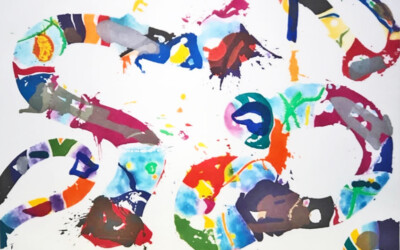 Francis, one of the most inventive of 20th century painters and printmakers, was born in San Mateo, CA. As a child he showed a great affinity for music, which was very much encouraged by his mother Katherine. Her early death when the artist was only 12 affected him deeply and changed the trajectory of his life.

During World War II, Francis served with the United States Air Force, but was badly injured in an accident that left him hospitalized for a number years. He was visited regularly by David Park, the important California artist, who inspired Francis to begin painting. After his release, the artist returned to Berkeley to study art and found inspiration in the Abstract Expressionists including Mark Rothko and Clyfford Still. He became one of the second generation of artists to explore that style, along with Helen Frankenthaler and Joan Mitchell.

Francis moved to Paris in the 1950’s, but divided his time between France, Japan, Mexico, Switzerland and the U.S. He was influenced by many cultures, but had a particular affinity for Zen Buddhism. The desire to see beyond the material world led to a style of abstraction that was both fluid and richly colored. In 1958, he was included in a major exhibition at the Museum of Modern Art, New York, which elevated his status dramatically and placed him in the upper echelon of noted artists.

Known not only for his paintings, but for his innovation in printmaking, Francis explored techniques including aquatint, etching and lithography. His graphic works are highly regarded and are prized for their lyrical quality.

His works are found today in major private and public collections, including the Metropolitan Museum and the Museum of Modern Art, New York, the Tate, London, the Kunstmuseum, Basel, the Musee National d’Art Moderene, Paris and the Los Angeles Country Museum.